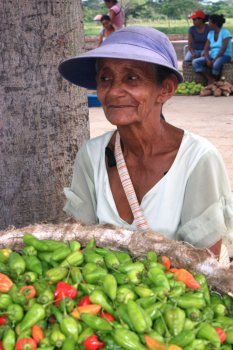 Colombia, gate of South America. Through the Isthmus of Panama, the first settlers of South America entered our territory, about 15,000 years ago. Hunters, fishermen, collectors, nomads, without a definite social organization, ended up inhabiting the rugged territory of impenetrable jungles, tropical regions, wide valleys and towering mountains that define our geography. With the discovery of pottery and agriculture, faced with the imminent disappearance of the mega fauna, various groups began to settle in different territories forming small communities of family origin, which eventually achieved social organizations based on the authority of local leaders. Fishermen of various species of fish and molluscs, hunters of smaller species, cultivated maize, yucca, yam, variety of fruits, learned to obtain salt, polished ceramic pieces, made textiles and discovered gold, with which they produced sophisticated pieces Of goldsmiths admired today for their perfection throughout the world, which they dedicated to their gods.

Some problems of the community surpassed the scope of a cacique (local chief).Then came the shamans, religious leaders with great knowledge in traditional medicine, who through the use of plants with psychoactive properties changed their mental state to communicate with their gods and obtain solutions and predictions with which they oriented the people and their leaders. Dark, mysterious, dangerous and unpredictable oracles that, using the jaguar's skin, teeth and masks, acquired their powers and abilities to become ferocious predators, who saw the other shamans as their equals and the people of the community as their Prey This was the scenario that the Spaniards found in the wrong called "Discovery of America".

The arrival of the Spaniards meant a total change in the life of the indigenous communities. At the edge of the sword, with the cross ahead, adventurers armoured under the inclement sun invaded the communities to take possession of their gold and their souls. Today we recognize that, despite the tragedy, much of the ancestral culture survives through race mixture, as happened with thousands of African slaves. This ethnic trilogy and the mixtures between them, make up the population of Colombia today. This explains how Colombia is a land of legends, histories of Indians and mestizos; Blacks and whites; of witches, spirits, and mohanes (river’s ghosts) and paw alone (forest’s elf), indecipherable spirits who keep traveling the desolate canyons as in ancient times. 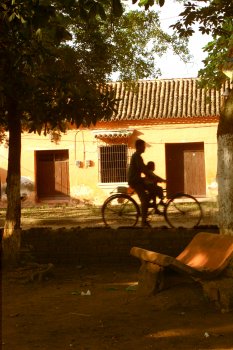 Colombia is an extraordinary country bathed by two oceans: the Atlantic, (Caribbean Sea) to the North and the Pacific, to the West. It is the fourth largest country in South America with an area of ​​1.142 million km2 and second in population, with 50 million cheerful, warm, creative, friendly and recursive inhabitants. The equatorial line crosses the Colombian territory, which makes of Colombia a tropical paradise where there are no seasons, although there are more sunny periods (from mid-December to the end of March and from mid-June to mid-September) and rainier the rest of the year.

It is a perfect combination: The alternating periods of sun and rain, the tropical climate, the fertility of the land, the ever changing and enchanting landscape make Colombia one of the most biodiverse countries on the planet.

Now place this mixture of races in the territory. This is Colombia! 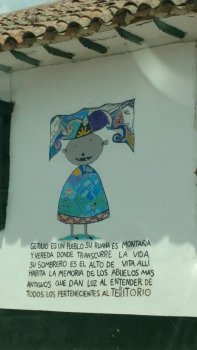 The South American Andes enter the Colombian territory by the South-West, where is a great mountain mass: The Great Colombian Massif. There are born the main rivers of Colombia: the Magdalena River and the Cauca River, among others. The hydrographic basins of the Magdalena River and the Cauca River cross the country from South to North, dividing the South American Andes into the three Colombian mountain ranges: The Eastern, the Central and the Occidental. Between the East and Central runs the Magdalena River. Between Central and Occidental, the Cauca River. It is the most populated region of Colombia (70% of the population of the country) and is characterized by the diversity of climates, from the fiery banks of the rivers to the snowy mountains that surpass the 5,700 meters above sea level.

The landscape polychrome that changes every minute as you ascend or descend the winding roads of the Andes, through plantations of coffee, fruits, rice, products of this blessed land that give the peasant markets that festive and colorful air.

More information about the Andean Region, please follow this link:

THE CONCEPT OF NATION 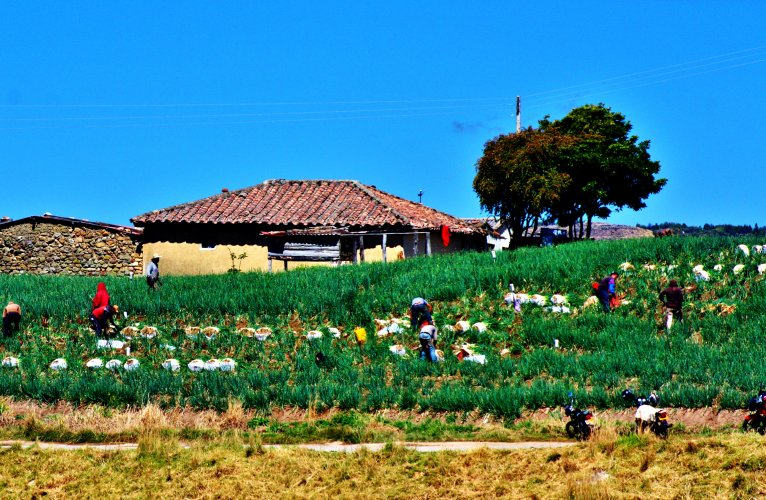 The concept of Nation always falls short. It is difficult to reconcile the many definitions of Nation because always, each one is missing something. We must refer to a territory (which does not involve sovereignty that constitutes a State) where they are born people who speak the same language and have the same customs, forming in this way a people or a country. But the concept goes further. A Nation is held together by customs, traditions, religion, language and National Consciousness. The dominant element must be the conviction of a collective life, when the population feels that it constitutes an organism or a group, unlike any other, with its own life, special interests and common needs. Nation only means the human substance that forms it, acting on its behalf and for its own interests. 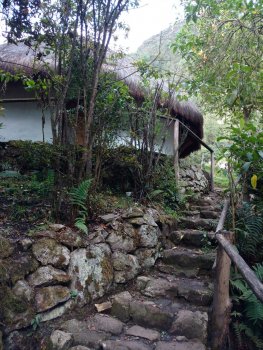 When we identify ourselves in the intangible heritage of our history, our language, our religion, our traditions, our achievements, our common interests, in our glory and misery, in our joys and our tragedies; When we act as a single race, when we overcome regional thinking and identify ourselves in a national sentiment, we form The Colombian Nation.

WHEN WE TALK ABOUT KNOWING COLOMBIA,

WE MEAN  KNOWING THE NATION!

This concept transcends the reach of traditional travel agencies. Our invitation is to travel the country by road, to breathe the air of our mountains and share the experience of our Nation. 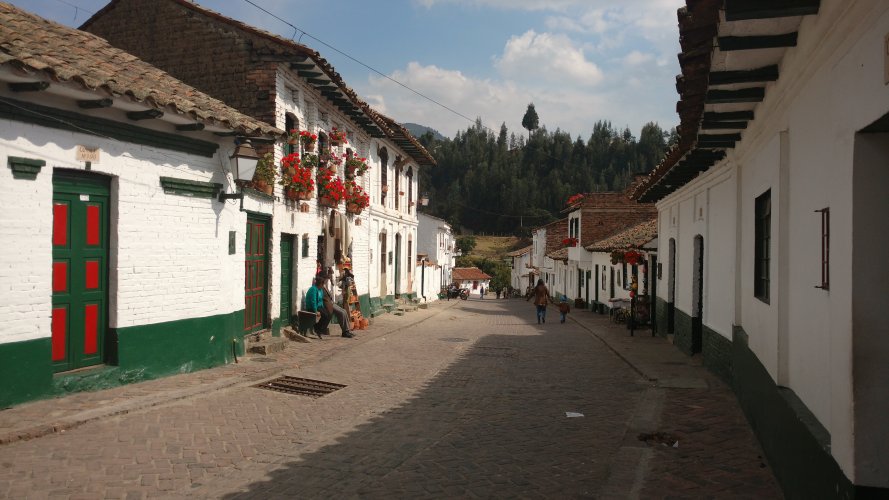 The nation is immaterial. It is a concept that is perceived through the senses: from the view of the splendid landscape of the Andes; The sound of guitars, flutes and drums, the singing of birds, the excited shout of the Colombians to celebrate a sport triumph, the fresh feeling of the wind in the moors, the aromas of the coffee land, the warm steams that form lace in the mountains at dawn, the bustle of a peasant market, the fragrances of flower crops, the change of climates and landscapes before your eyes, to tread on this beloved land where the grandfathers plowed the future of Colombia, the exotic flavors of our traditional cuisine ... That's why we say that our tourism is experiential.

Colombia does not offer many facilities for a foreigner to rent a car and travel the country on his own. Only 7% of the population speak a second language. Our roads are mountainous and many of them do not have the appropriate signage. In North America you say: 500 Kilometers, 4 hours. In Colombia you say: 500 kilometers, two days !. And we do it! We love our roads and we travel them, as a way of getting closer to our Nation.

This concept transcends the reach of traditional travel agencies. Our invitation is to travel the country by road, to breathe the air of our mountains and share the experience of our Nation. 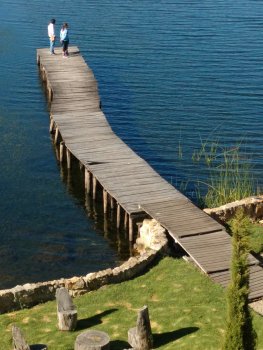 The Colombian Andean region offers spectacular landscapes. The diversity of climates according to the altitude above sea level offers an ever-changing panorama, from the misty moors to the exuberance of tropical vegetation, of an unparalleled color. And the small peasant villages, the rural life and the simple people that populate our mountains, offer the traveler the most authentic and traditional spectacle: It is the soul of our Nation. Hence the expression "PUEBLIAR", which means "to go from town to town", without a strict plan, stopping where you want, to take a coffee or a photograph, to walk the square of a village lost in the mountains, to eat Wherever you go, discover a point on the map, explore ... simply explore ... a lake, a landscape, or let yourself be carried away by the native music of the region until you understand its essence and take ownership of it forever.

You can go from Bogotá to Medellin by plane in 45 minutes. How much did you know? Had contact with the Nation? Apart from the ranks at the airport, the traffic, the waiting room ... Was it a true Colombian experience?

You can PUEBLIAR from Bogota to Medellin in three days and stays there, or return by plane. O PUEBLIAR Bogotá-Villa de Leyva-Barichara-Chicamocha Canyon-Bucaramanga in four days and return by plane. Or the coffee zone in three days. Or design your own route. Your destination is all of Colombia! Have your travel book, a notebook for your notes, comfortable shoes, several memories for your camera, an old jacket and live the real Colombia. OUR NATION! 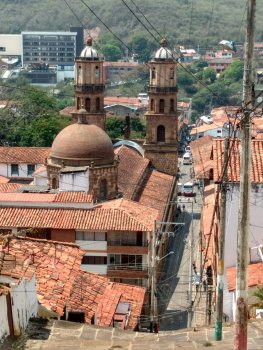 AND, IS COLOMBIA SAFE?

COLOMBIA IS PEACE TERRITORY: After a long time of internal war, an official pact has now been signed that confirms what we were already enjoying in this country

SINCE MORE THAN TWELVE YEARS AGO: COLOMBIA LIVES IN PEACE !!

TERRITORY TO DISCOVER: Now, as never before, Colombia opens its borders to the world. Places that were closed to our visitors, now open unexplored possibilities to the outside world.  We are free to explore and live this adventure with safety, in virtually virgin territories. 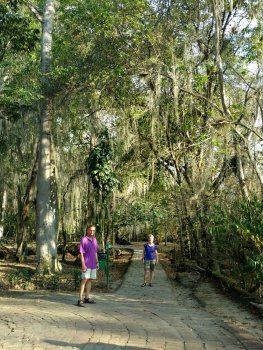 WHAT DO YOU NEED TO PUEBLIAR?

Check in advance the conditions of the roads and the weather. Make sure you wear the right clothing according to climate on the route you are going to travel. Carry identity documents ORIGINAL (No photocopies). Take the medicines you need and ask if you need any vaccine in the area you are visiting or if are there restrictions. All this information must be provided by your tour guide and is responsible for it. Just travel with a PROFESSIONAL TOUR GUIDE. Require the presentation of the PROFESSIONAL TOURISM LICENSE and the NATIONAL REGISTRY OF TOURISM and verify its authenticity, through

Which guarantees a service of high cultural content, connoisseur of the route, safe, responsible, reliable and fulfilled. 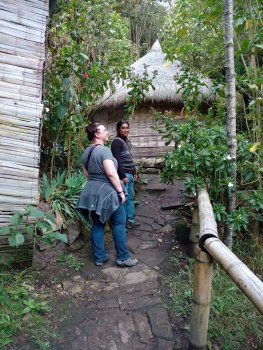 Whether in town or in the country, a private tour offers you a different perspective. A private tour gives you the possibility to travel as you like: A professional tourism guide dedicated exclusively to you, without having to go from hotel to hotel picking up unknown people, who will have different tastes or hobbies to yours, without sharing the Explanation or the vehicle ... Dedicate your time to what you like most: history, art, architecture, crafts, folkloric, culture, shopping, nightlife, gastronomy ... Let me know your tastes and hobbies, both in time and in the attractions you want to visit. We accommodate to your wishes.

TRAVEL WITH A FRIEND

A FRIEND IS MORE THAN A GUIDE.

I am a friend in Colombia that you do not know yet.

COME WITH YOUR FRIENDS !!! 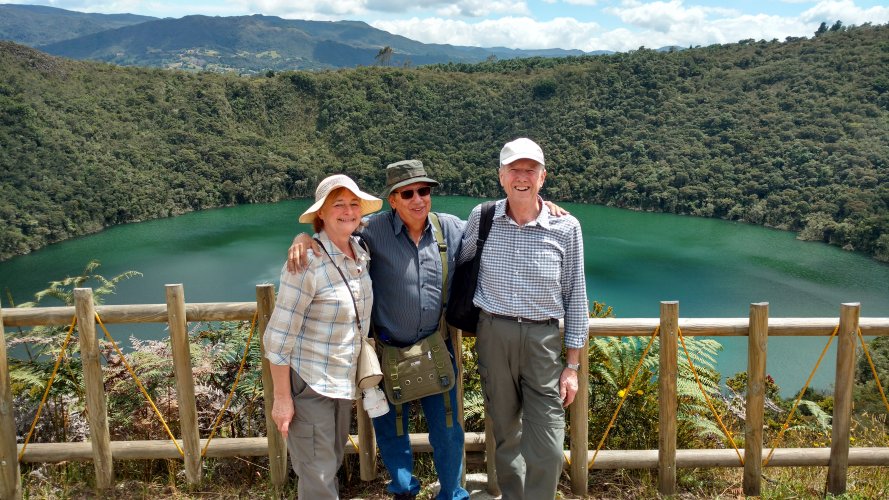