Influence of colonization in the South American Andes

If we could draw an imaginary line across the Andes at 2400 meters above sea level, we would discover a single folkloric, ethnic and cultural identity throughout the South American highlands. First, the Spanish conquerors and later the colonists pushed the original inhabitants higher and higher up into the mountains, isolating them from one another. However, they preserved their identity, their dress, and their rustic tolls.

In Colombia, Boyacá is a typical example of the highlands, and one of the country's most beautiful provinces. It has impressive mountains, beautiful landscapes, extraordinary lakes, green and fertile farmlands, and honest, hospitable people who proudly share their traditions, legends, and their forefathers' ways. We can assure you that

Whoever visits Boyacá does not see a province:

In general, there are three major areas of interest:

The white towns: were founded by the Spanish during the colonial days. They are characterized by their Spanish architecture - white walls, indoor patios with arches, fountains and colorful flowers - which contrasts with the typical dark clothing of the inhabitants of the Andes throughout South America.

The gray towns: are those that had already been built by the native inhabitants when the Spanish arrived. The people living in them suffered less from the colonization process and were able to preserve their identity, customs, and folklore.

The environment includes much more than just the natural surroundings in which daily life in the Andes takes place. Sky and land, rivers, vegetation, regional products, history, racial mixtures, folklore, and crafts are all part of the native Identity.

Each of the aspects has its own special enchantment: walking through the cobblestone streets in a white town, enjoying its calm atmosphere and the serene beauty of its architecture is an incomparable pleasure.

Visiting a typical marketplace in a small gray Andean town is a fascinating experience. Market day is a commercial and social event, and the weekly opportunity to spend time with old friends.

For a visitor, the market's bustling activity, the closeness of authentic Andean inhabitants with their traditional hospitality and the characteristic dress is a unique, unforgettable opportunity. 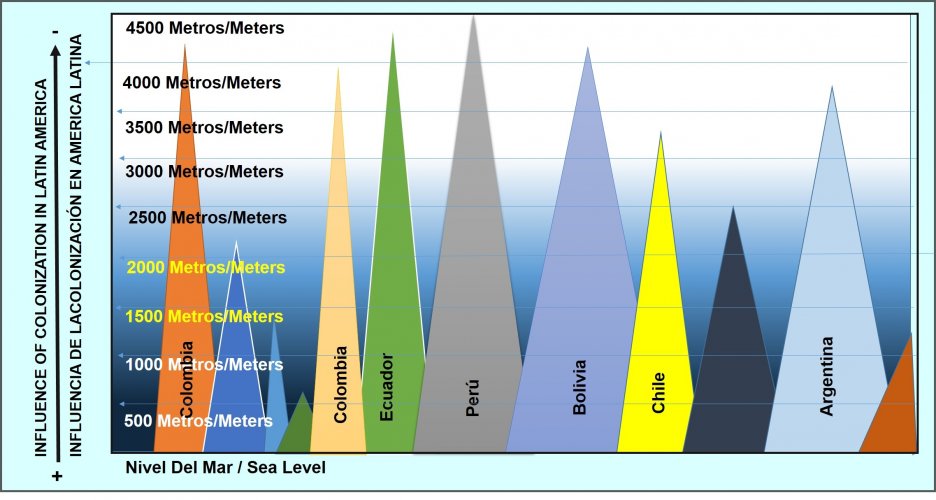 The region's inhabitants in their natural environment - a spectacular landscape - unite several aspects of the South American Andes. 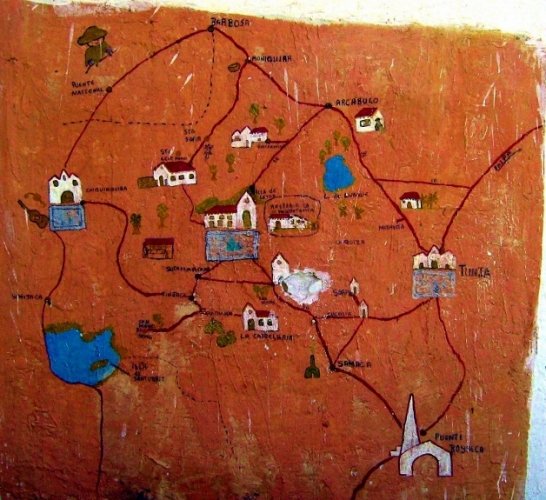